It’s hard to believe that Labor Day is right around the corner, and it only means that fall is coming. This fall, instead of heading to the mountains, why not head on to Myrtle Beach. We at Myrtle Beach Resort love this time of the year for many different reasons, and we’d love to share with them with you. Let’s look below at how you and your family can “fall” in love with our resort on your next vacation.

One of the best things about when you vacation with us here at Myrtle Beach Resort during the fall is the weather. Not only will you have pleasant weather, but you’ll also be able to enjoy the sand as well. The highs during the days will be around  80° and lows around 65° for September. October will bring a little cooler temperature, such as 75° as the high and 55° as the lows. We suggest that you pack a few different things for the days and nights. No matter what the temperature is here in Myrtle Beach, it’s most likely warmer than the mountains for sure.

The fall months are a great time to visit Myrtle Beach as schools are back in session. This means that you’ll be able to enjoy more time together on the beach, at restaurants and when out shopping. You will also be able to travel around town a little easier as traffic won’t be a big reason, you’re late to dinner or a show. Another great reason is you’ll be able to find more availability at one of the many shows here in the Myrtle Beach area.

Another great thing about coming to the beach during the fall months is the number of amenities that our resort has to offer. If it happens to be a little too chilly for the kids to enjoy the pool during the day, then have no fear as we have two indoor pools that you can take advantage of. Some of the other great amenities that we offer are hot tubs, tennis courts, three different health spas that have even steam rooms, saunas, and jacuzzi, and so much more. No matter what time of the year you visit Myrtle Beach Resort, there is something for everyone.

While there are many other reasons to fall in love with Myrtle Beach Resort, these are the few we wanted to share with you. If you haven’t booked your next fall vacation to stay with us, now is the time. We can’t wait to see you and

It’s hard to believe that 2020 will be coming to an end, but soon, it will be time to celebrate 2021 here on the Grand Strand. Staying with us at Myrtle Beach Resort will allow you and your family to be close to the fun. We know that 2020 has been different from previous years when it comes to vacations, but we feel that 2021 will be better. Let’s look below at where you and the family can head to this New Year’s Eve on the Grand Strand for some fun.

Ring in the New Year at the Boardwalk

Come and celebrate New Year’s Eve at the Boardwalk with the family this year. This will be a family-friendly outdoor event that everyone in the family will love and enjoy. Beginning at 8:00 pm head on over to the Myrtle Beach Boardwalk where you will get to listen to some live music, food and fireworks to help ring in the New Year. There will be social distancing enforced and masks should be worn when in close proximity to other people. Think of the fun your family will have as you make new memories while you ring in the new year together.

If you’re looking to grab a late dinner with the family on New Year’s Eve, then head on over to Margaritaville at Broadway at the Beach. Beginning at 6:00 pm is where your family can grab some delicious food from Margaritaville such as Seafood Mac & Cheese, Chicken Fajitas and we can’t forget the famous Cheeseburger in Paradise. There are plenty of options for the kids to choose from too which makes this restaurant a great place to eat at on this vacation. You and the family will be able to enjoy some live music, fun party favors and more. There is admission cost to enjoy the party with your family!

While there are many other fun events happening this New Year’s Eve on the Grand Strand, these are the few we wanted to share with you. If you haven’t booked your vacation to come stay with us at Myrtle Beach Resort, now is the time. We hope to see you and your family as you help us ring in 2021! 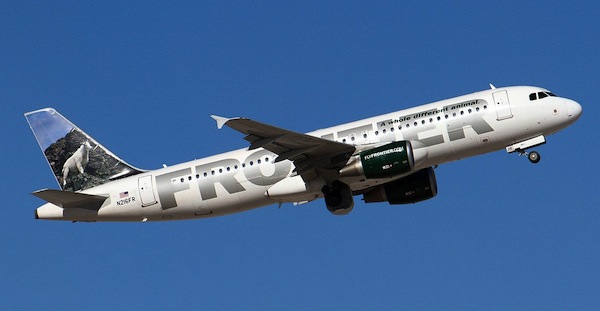 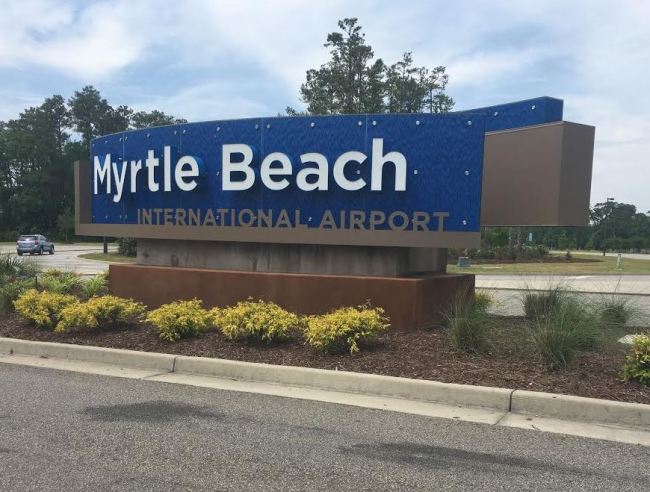 When it comes to escaping winter weather there’s no better place to set your crosshairs on than Myrtle Beach, South Carolina. While the amenities alone at Myrtle Beach Resort make the trip worth it, there’s so much more to be experienced in the area. We have some tips for trading in winter for spending your best winter ever in our beautiful area. 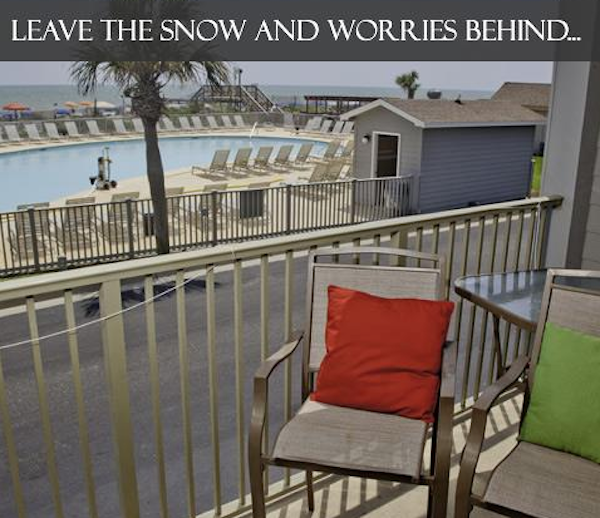 It’s here where you’ll enjoy the 60 miles of clean sandy beachfront, more than 100 championship golf courses and unlimited entertainment and amusements just waiting for your arrival. It’s not by accident that so many people make plans to come here at this time of the year. Snow or no snow, by late February people are tired of being cold and want to retreat somewhere warmer. Myrtle Beach SC awaits your arrival!

If you’re looking for things to do while you’re here you won’t be disappointed. There are always plenty of special local events taking place. You just need to know where to look to learn about them. We’ll give you a head start. 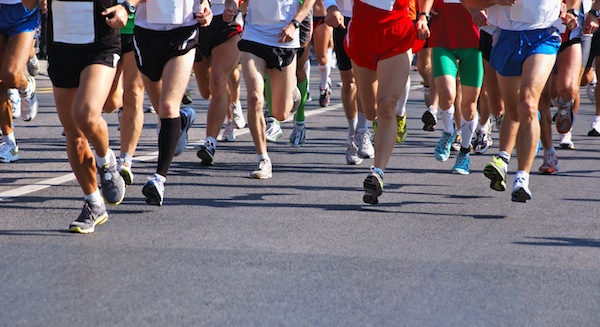 This annual event supports the Leukemia & Lymphoma Society among many other charities. This is a family-friendly run that you shouldn’t miss. Held Thursday through Saturday, March 3-5, 2016.

The 55th annual Canadian-American (Can-Am) Festival Week will be held at many different locations around the Grand Strand from Saturday, March 12 at noon until Sunday, March 20 at midnight. 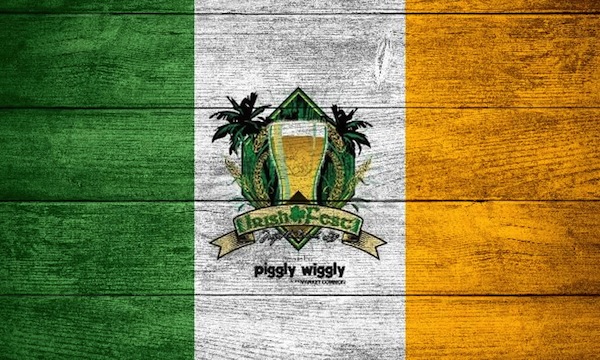 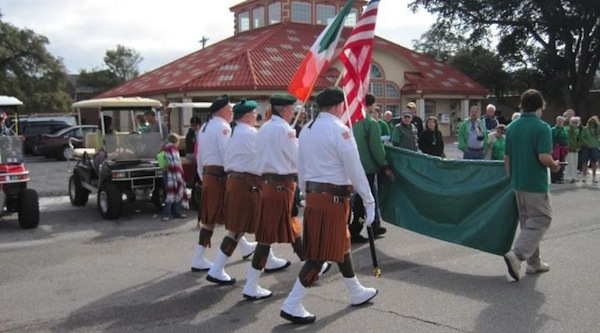 Always a huge celebration, the 28th annual St. Pat’s Day parade and festival in North Myrtle Beach will take place on Saturday, March 12 from 9 a.m. to 4 p.m. Free and open to the public.

If you’re planning on coming to visit Myrtle Beach and haven’t found your accommodations yet, give us a call at Myrtle Beach Resort (1-888-826-4018) and we’ll help you secure the type of vacation rental you’re looking for.

We realize some people are visual and that they prefer photos rather than reading a lot of text. Because of that we have a 3 minute video tour for you to watch right here that will give you a firsthand look at what we have to offer you at Myrtle Beach Resort. We’ll forewarn you though that we won’t be held responsible for what happens after you’ve watched this video. Many before you have developed an obsession with coming to Myrtle Beach after watching the tour, an obsession that didn’t resolve itself until they experienced firsthand a Myrtle Beach vacation for themselves!

If you would like us to help you book your accommodations or you have any questions about our resort and the many amenities we offer our guests, please just give us a call toll free at 1-888-826-4018 or on our local number at 843-238-1559. We look forward to working with you to secure an affordable rental through Myrtle Beach Resort.